Prerna and Anirrudha were celebrating their anniversary in Savannah, GA, and reached out to us if we could do their couple portraits. Prerna mentioned that when they eloped to Las Vegas for their wedding a couple of years back, they hardly got good shots of them together and told us how much this shoot meant for her. We met Prerna four years back at his cousin’s wedding in Michigan, and we already knew her, so it was great catching up with her and her husband, Aniruddha, whom we were meeting for the first time. We talked quite a bit before their engagement session and finalized the location at Wormsloe Plantation in Savannah. It is one of the most photographed locations in Savannah and while we have been to Savannah many times before, we didn’t get a chance to visit the Wormsloe. When we reached there, we understood why it was so popular. The Wormsloe is a mile-and-a-half patch of road sheltered by live oaks and Spanish moss and was the ideal location for the shoot. We are so happy we got to make memories for Prerna and Aniruddha, and wish them all the best for their future life. 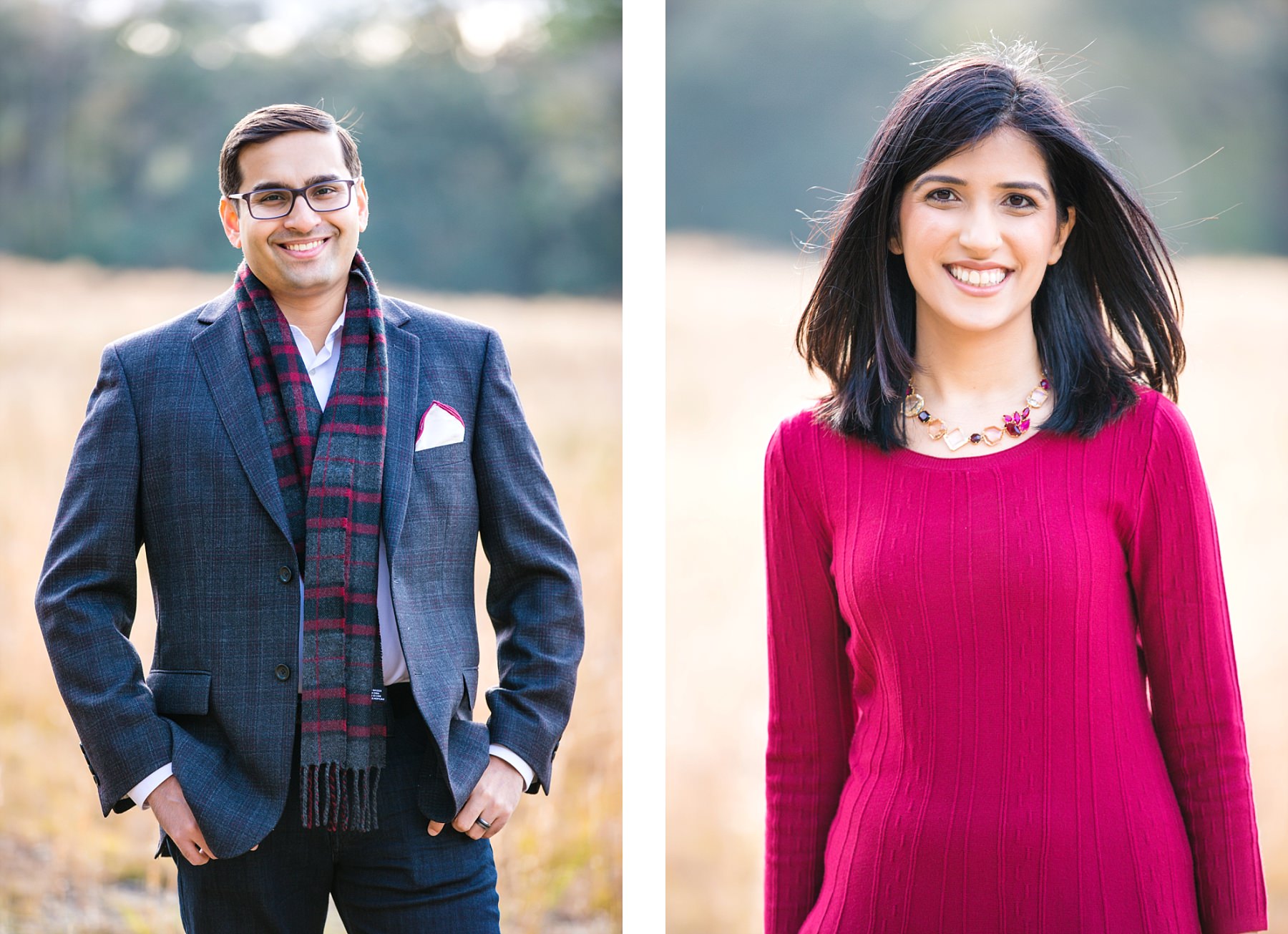 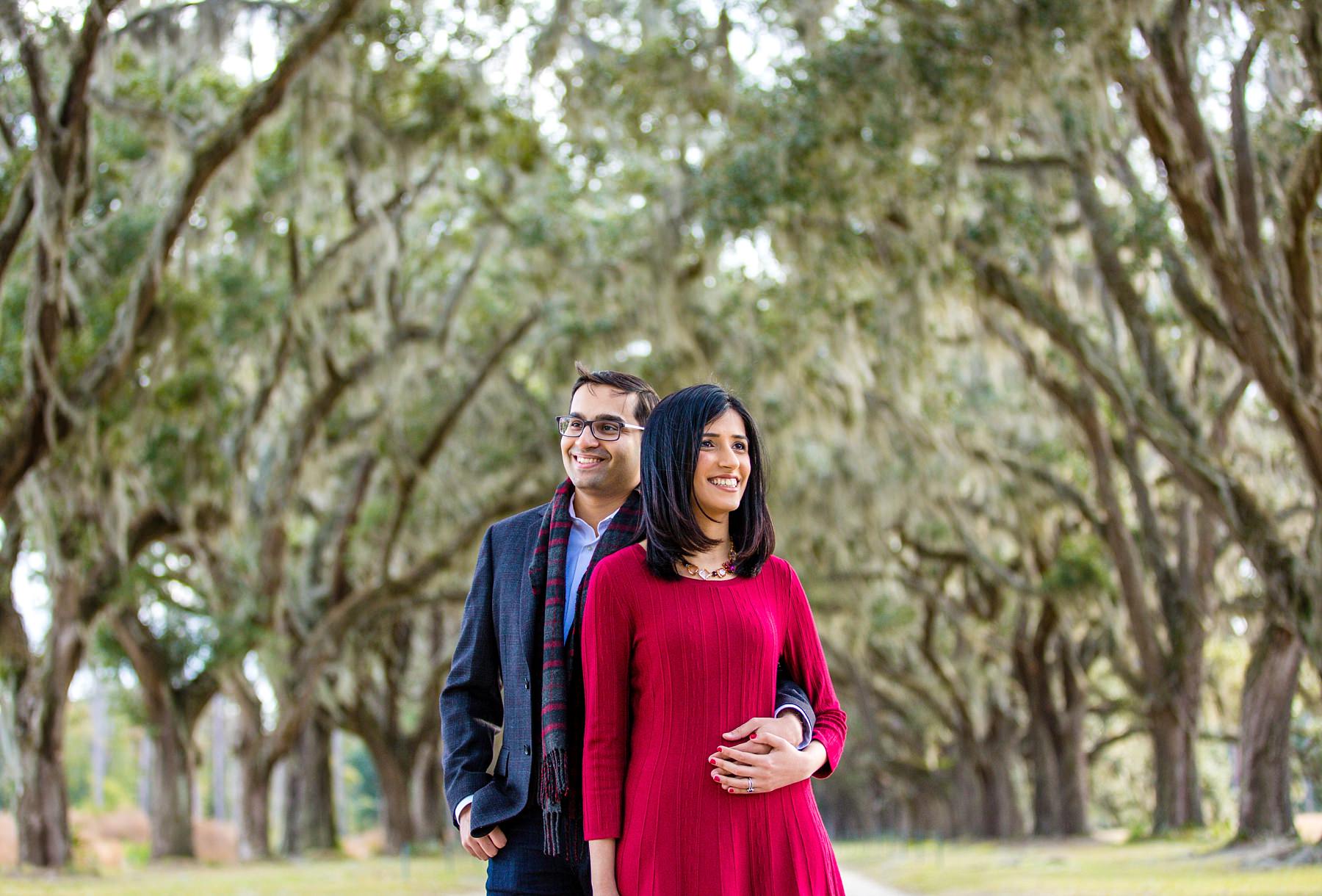 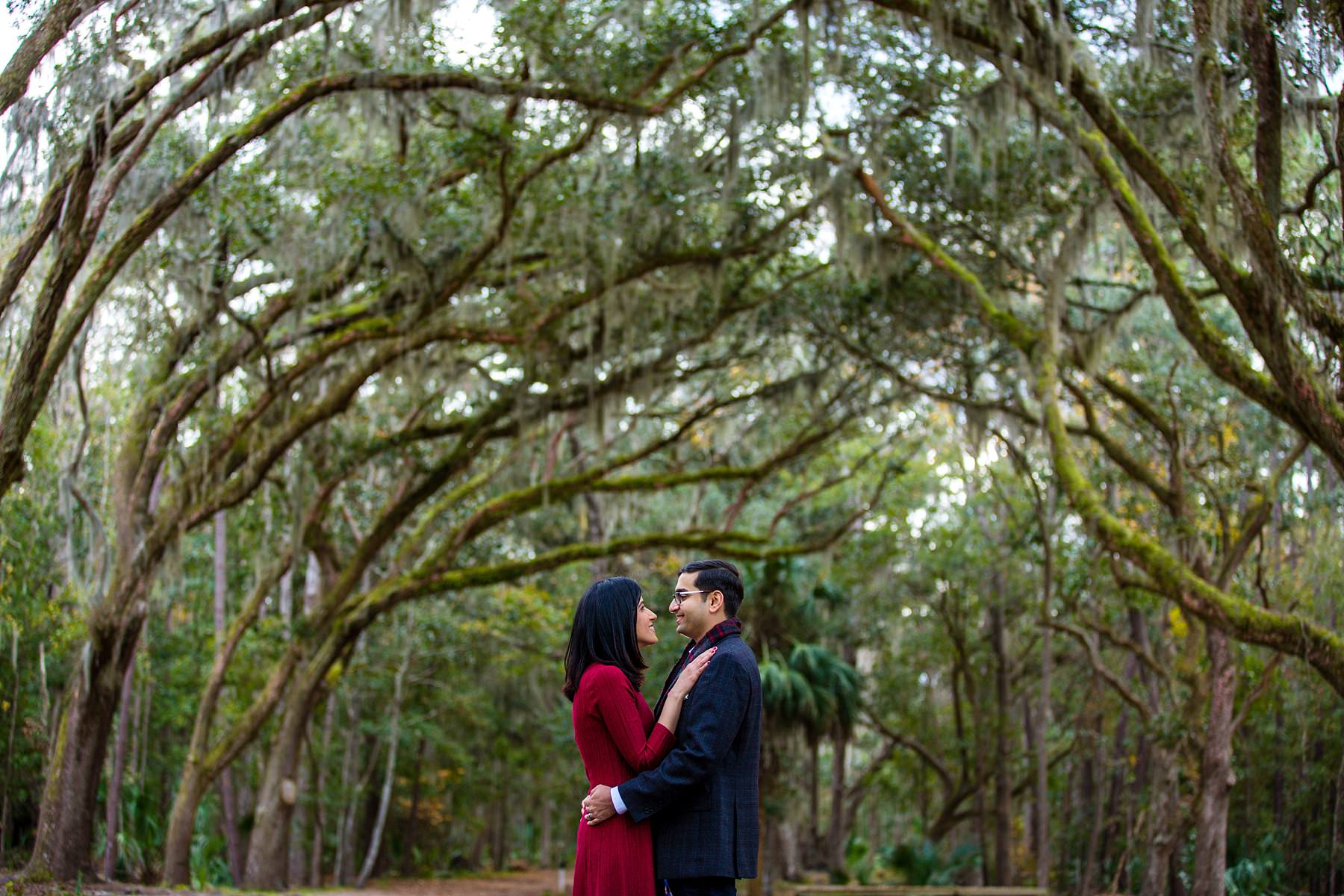 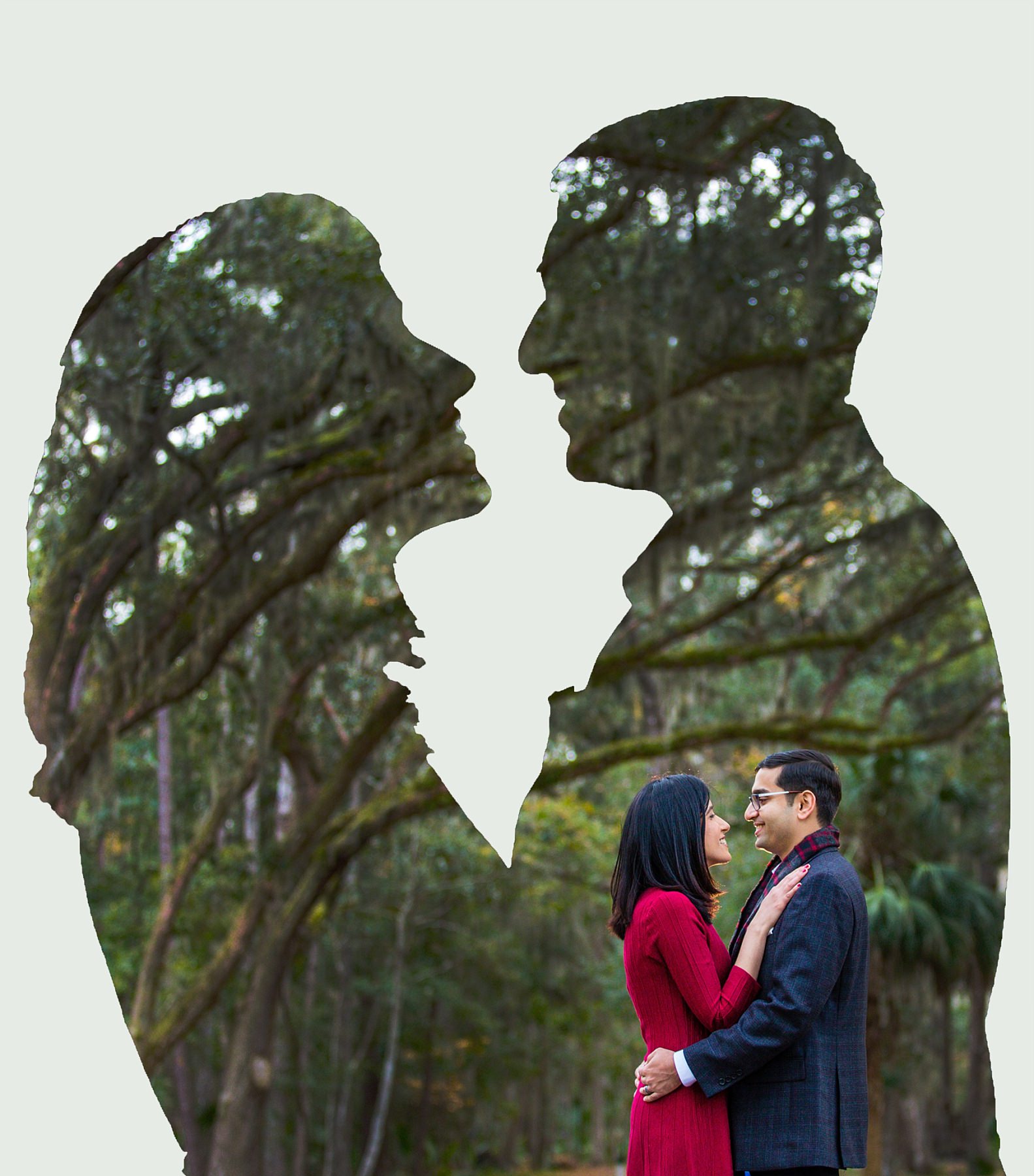 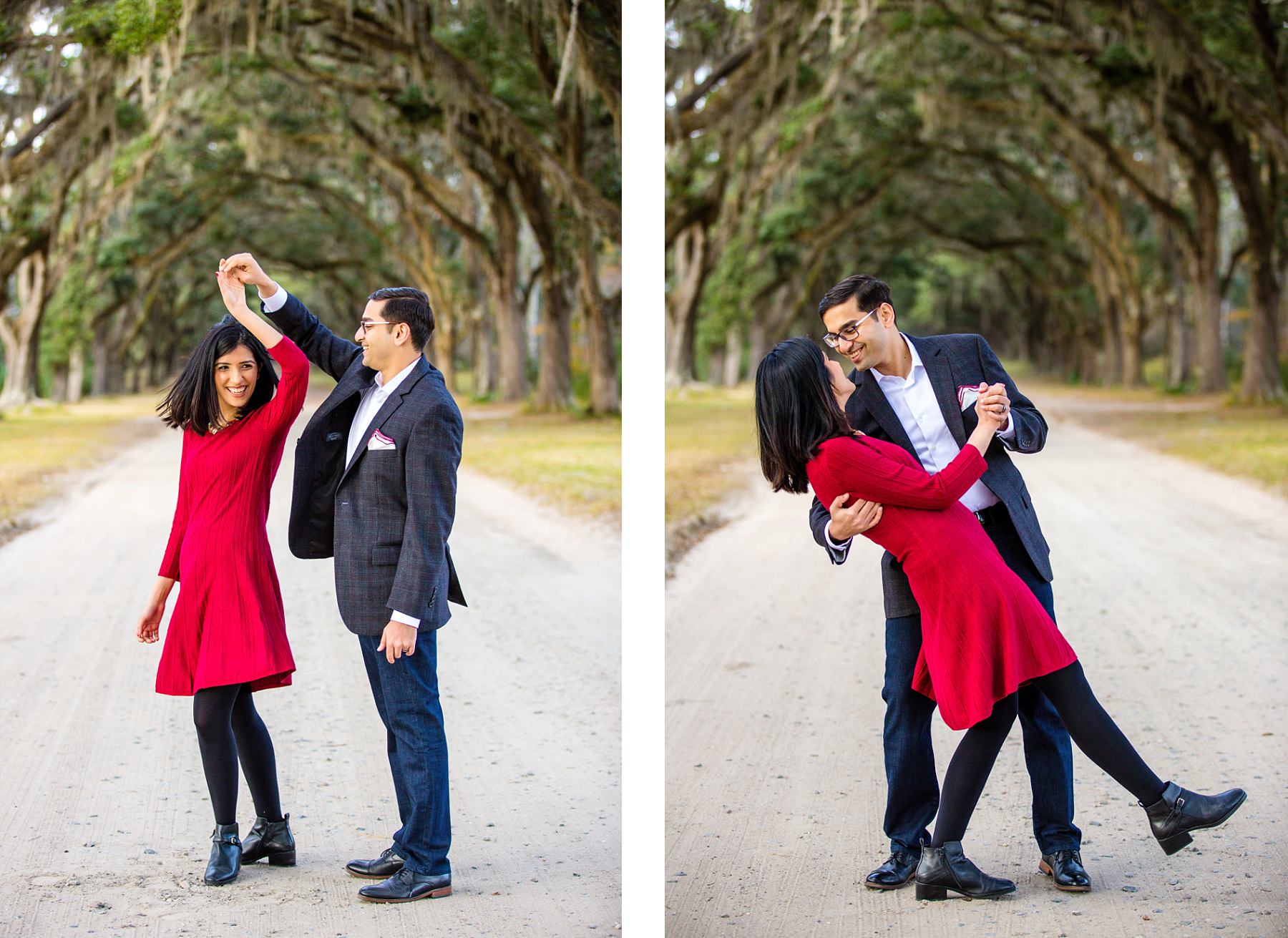 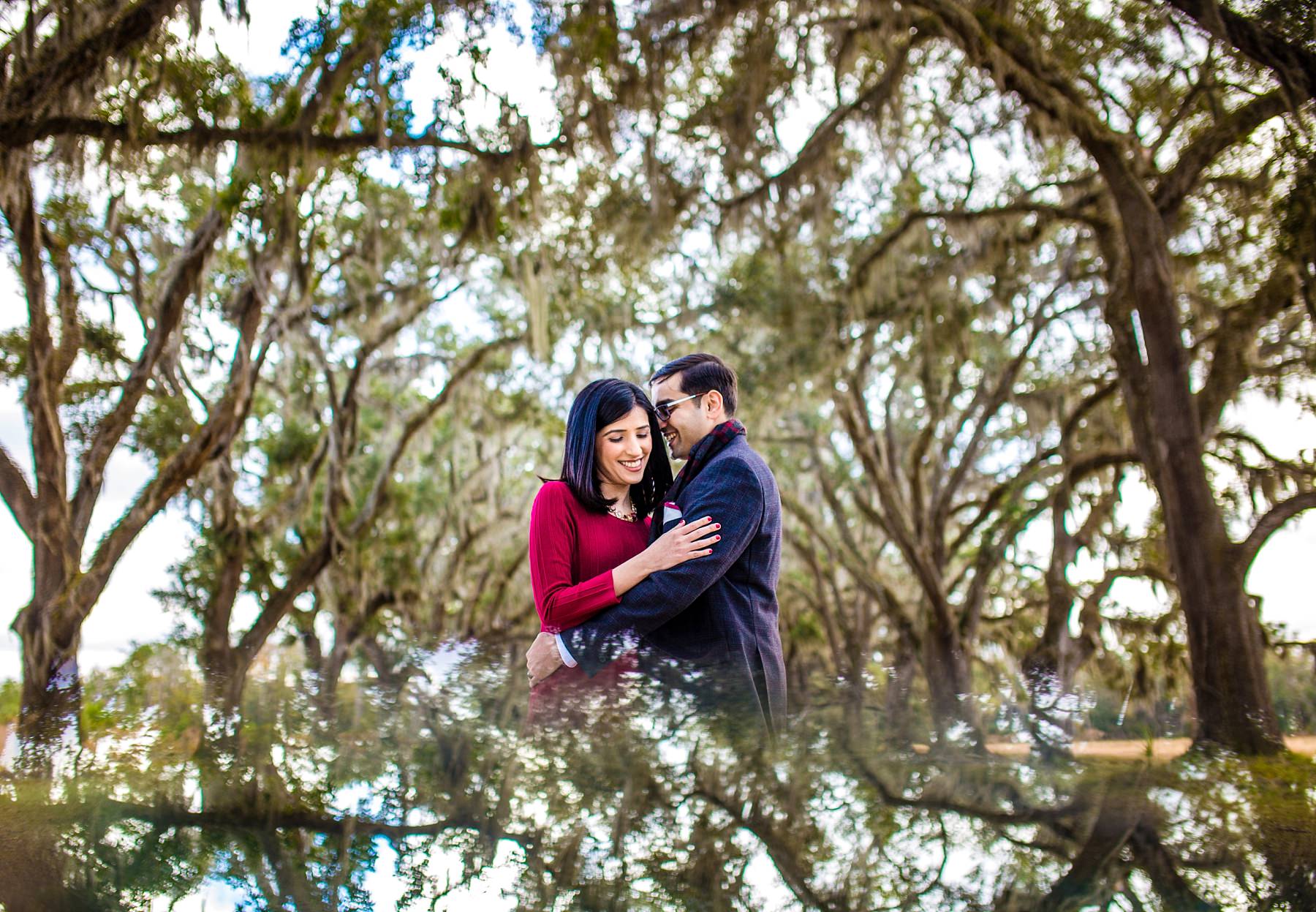 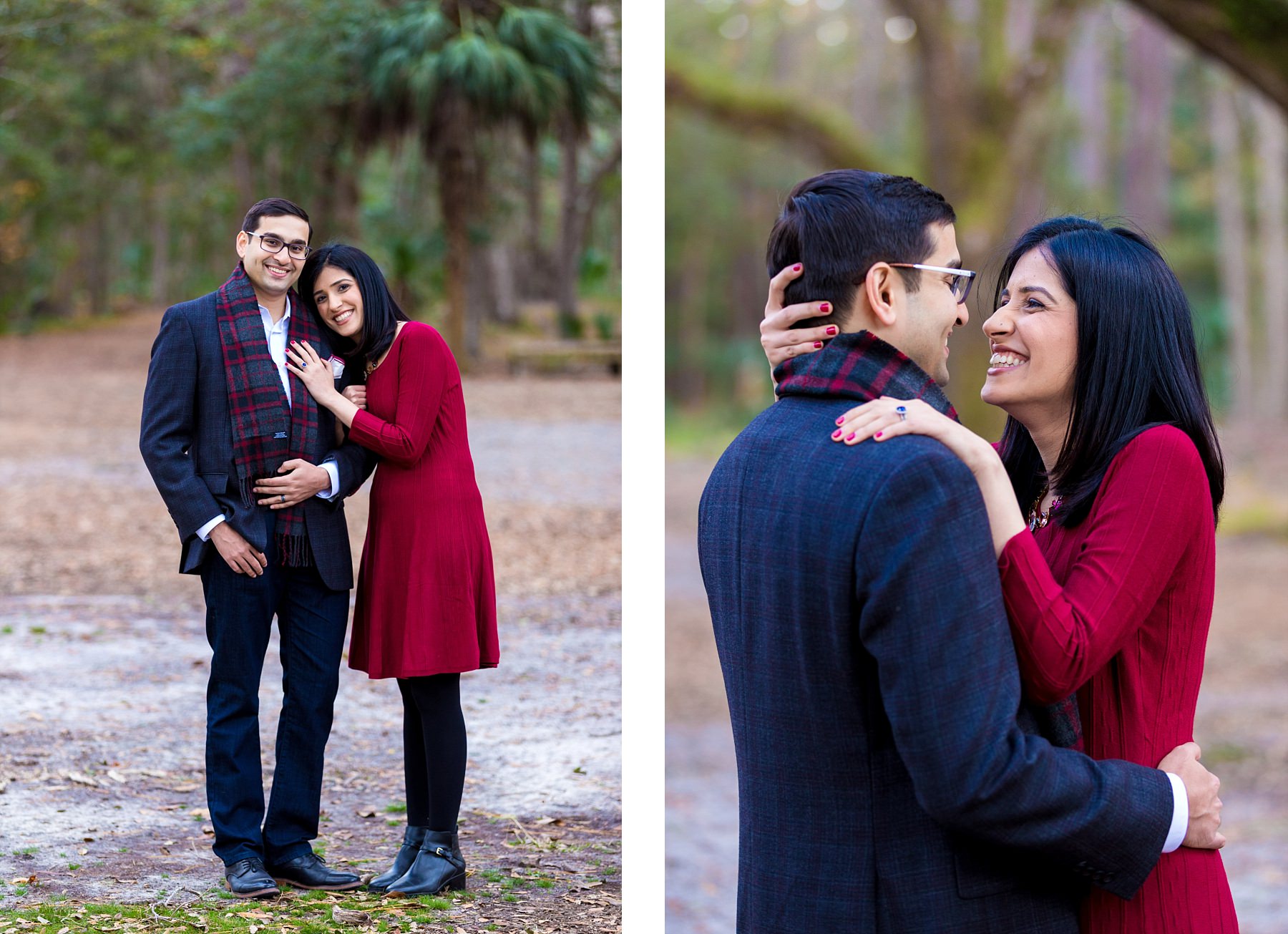 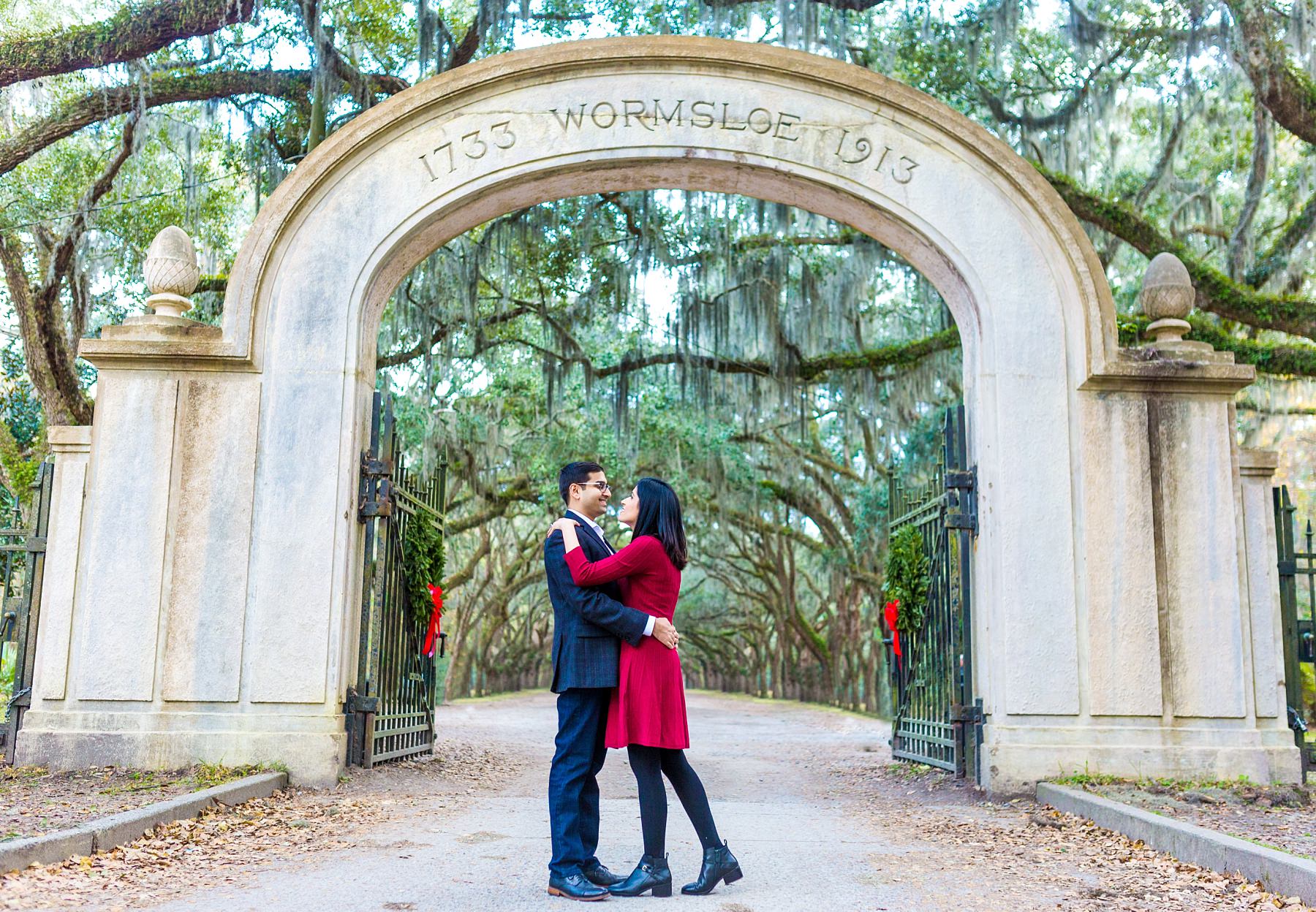 After we signed off from Wormsloe, we went to Forsyth Park for some night portraits. The sun was down, and the dusk was setting in. Forsyth Park is always filled with people no matter what time you go there, but we got lucky to get some frames where there were hardly any people in the backdrop.

We signed off from Savannah and headed back to Jacksonville after waving goodbye to our friends, Prerna & Aniruddha.