Jignesh and Vaidehi had a chic and classy gender reveal party in their backyard surrounded by family and friends in Jacksonville FL. We were lucky to be the only ones who knew about gender even before the parents-to-be. This big box of surprise revealed the gender of their soon-to-be-born kid and we couldn’t have waited for them to open it. Can you guess what was revealed that evening? 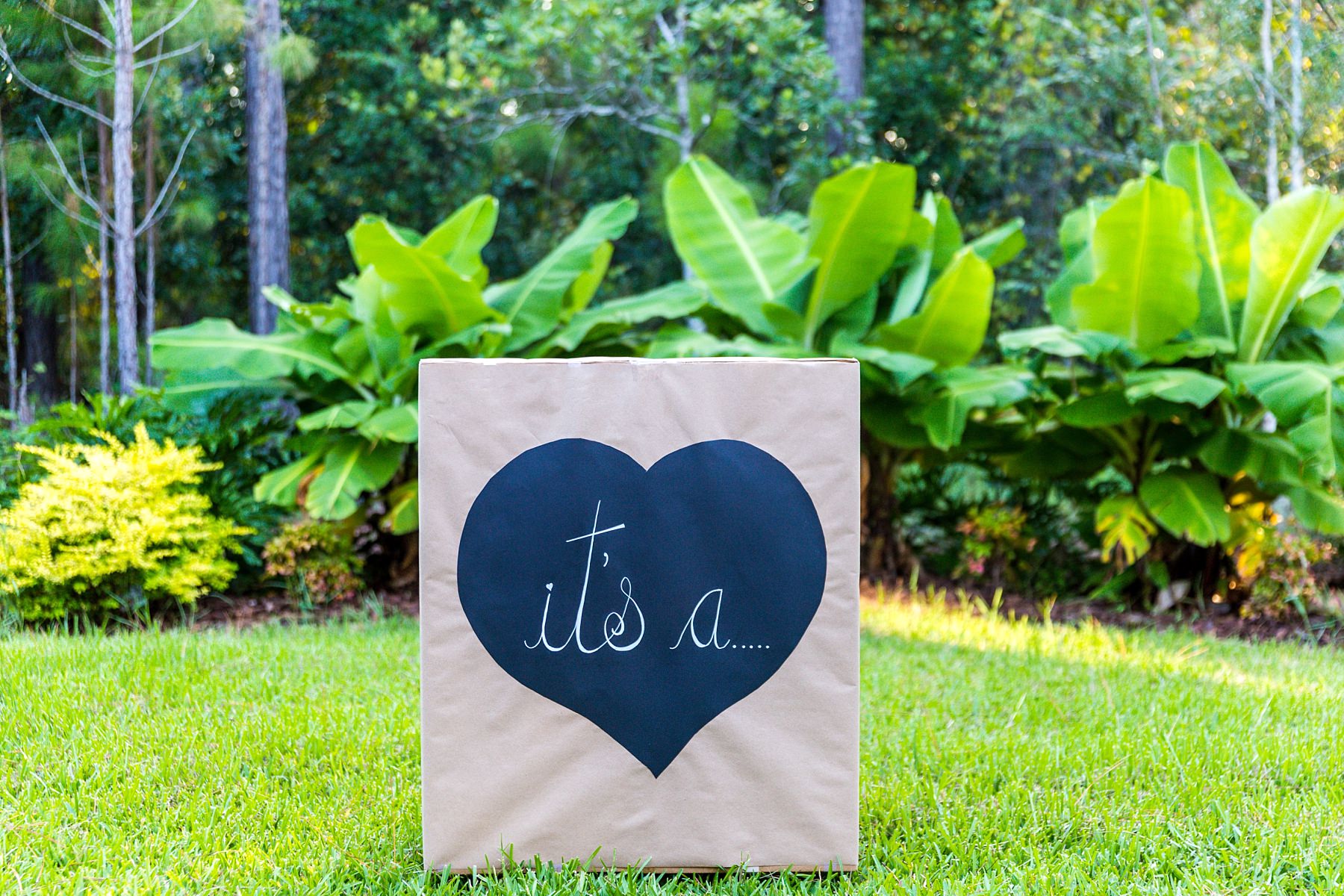 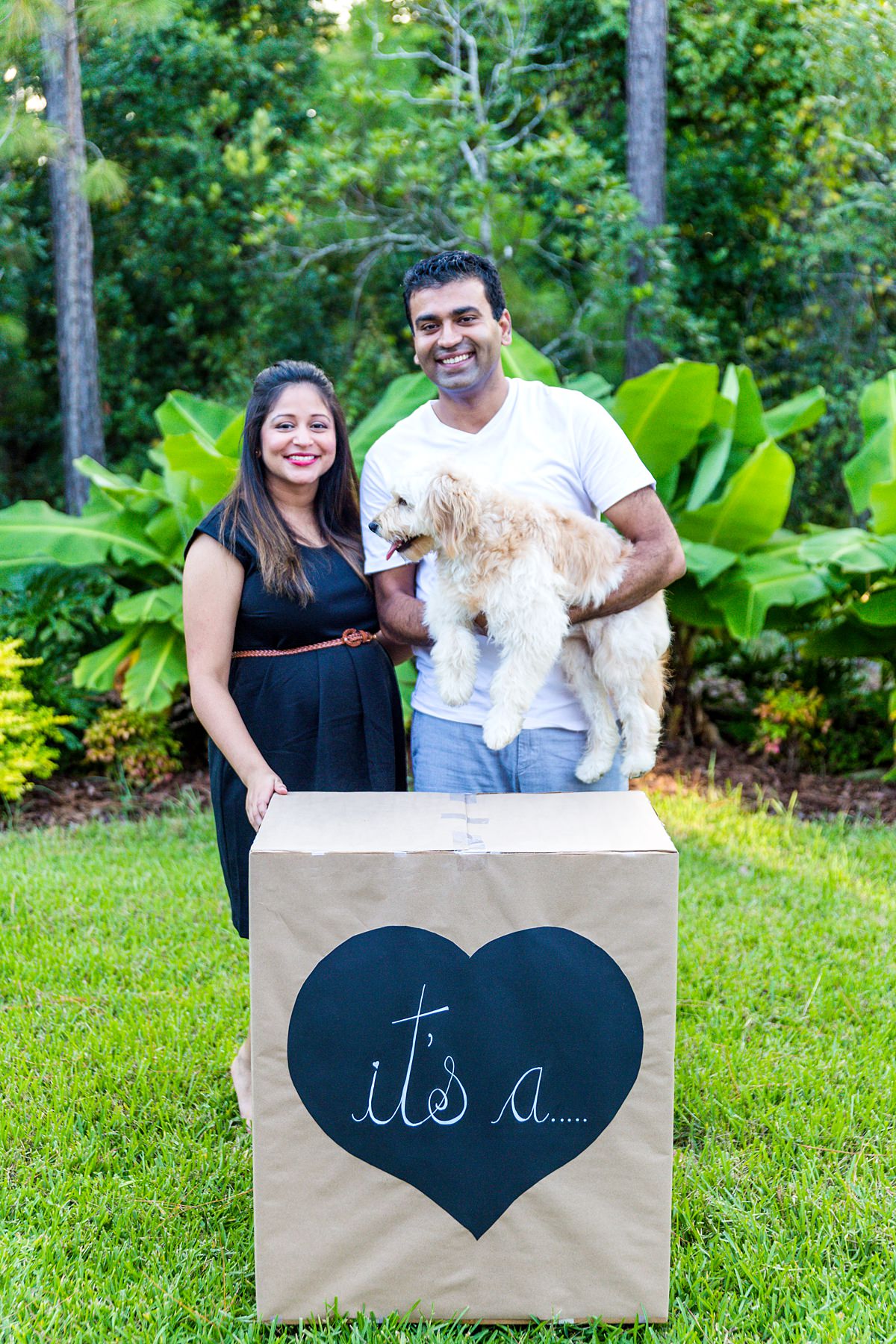 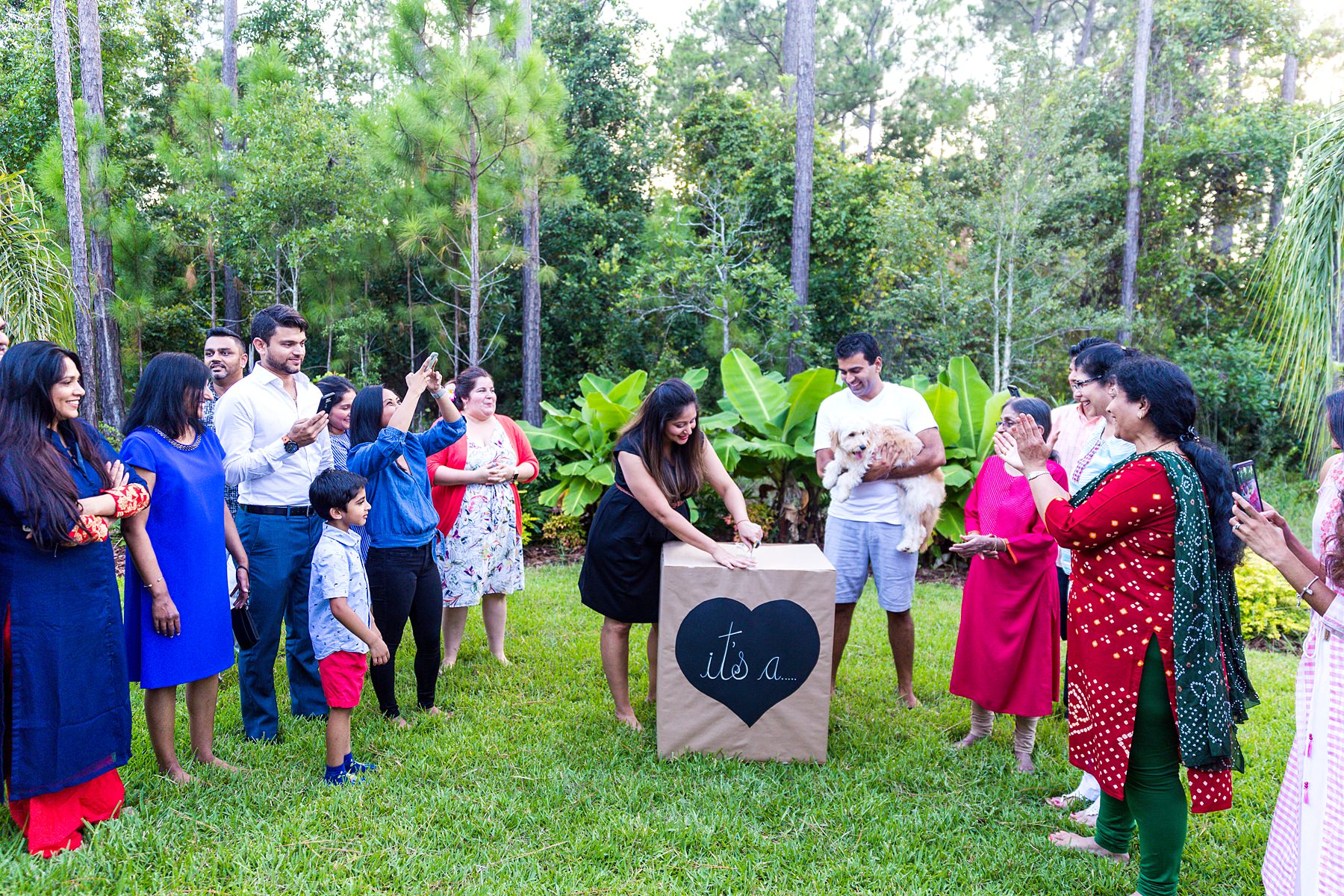 When Vaidehi opened up the box, all the family members were taken by surprise as the box had some blue and pink balloons. However, the blue balloons (marked as ‘We tried’) flew away, whereas the pink ones stayed along with a balloon that read, ‘It’s a girl’! We tried to trick the person who would try to sneak through the box before the big reveal :P 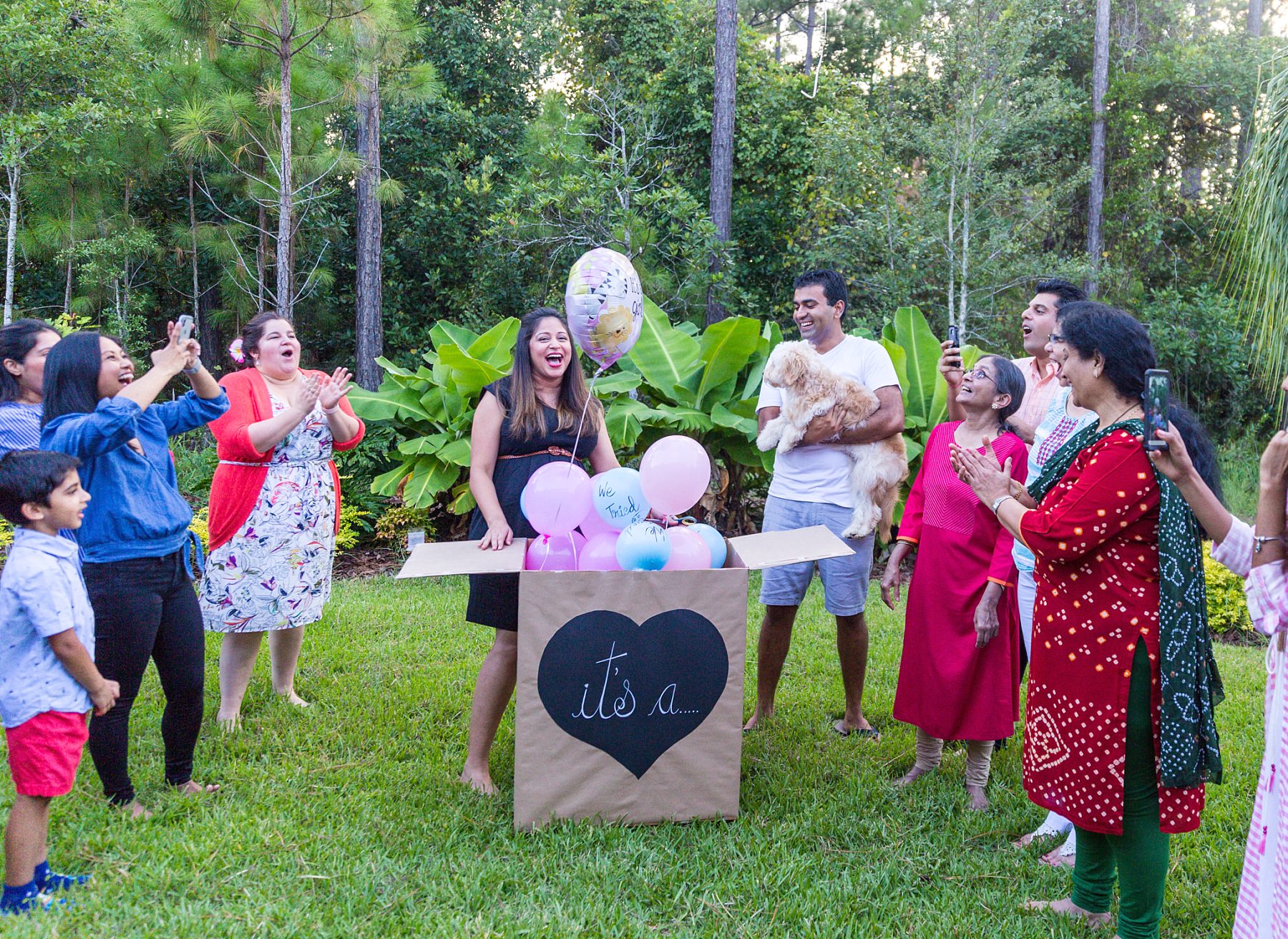 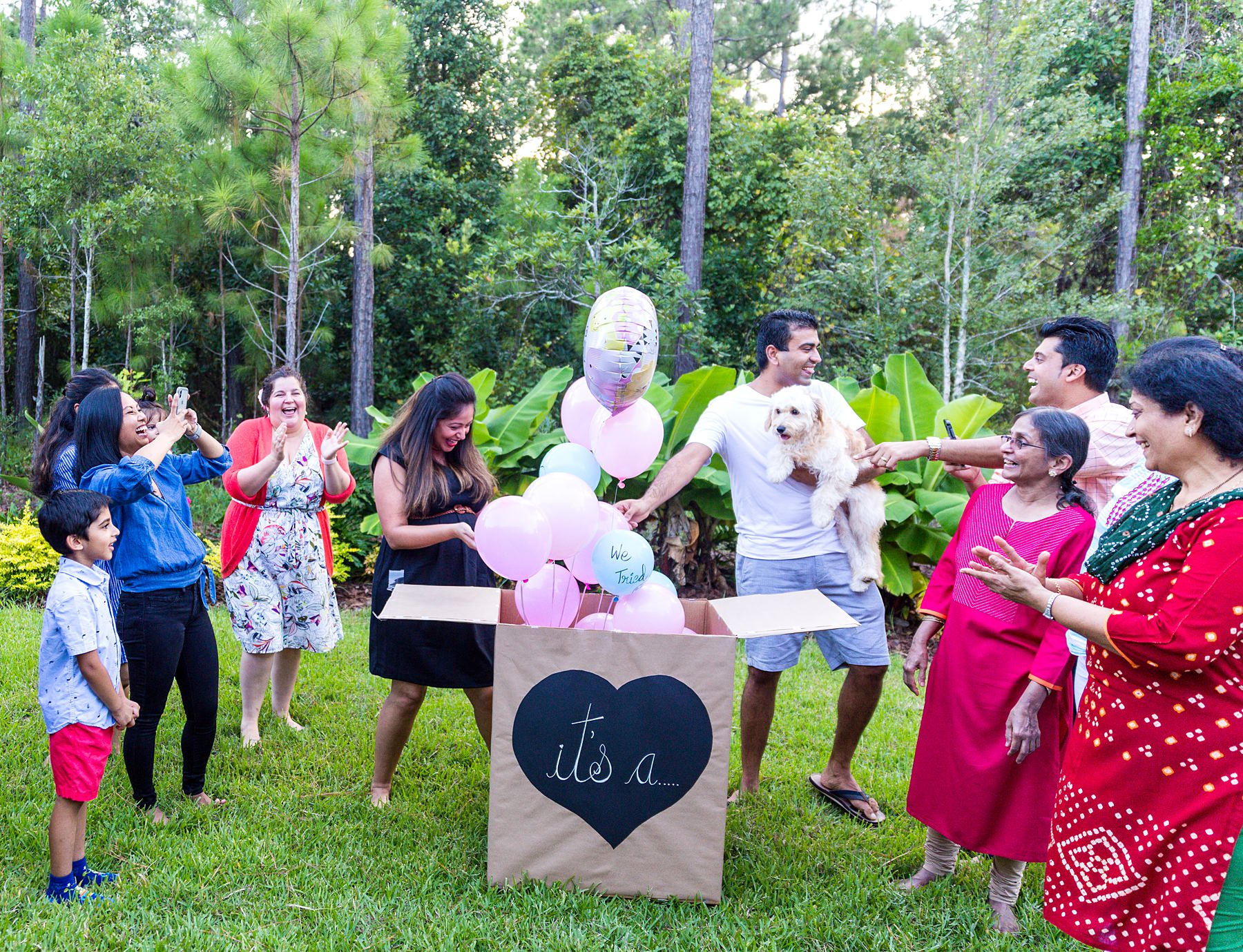 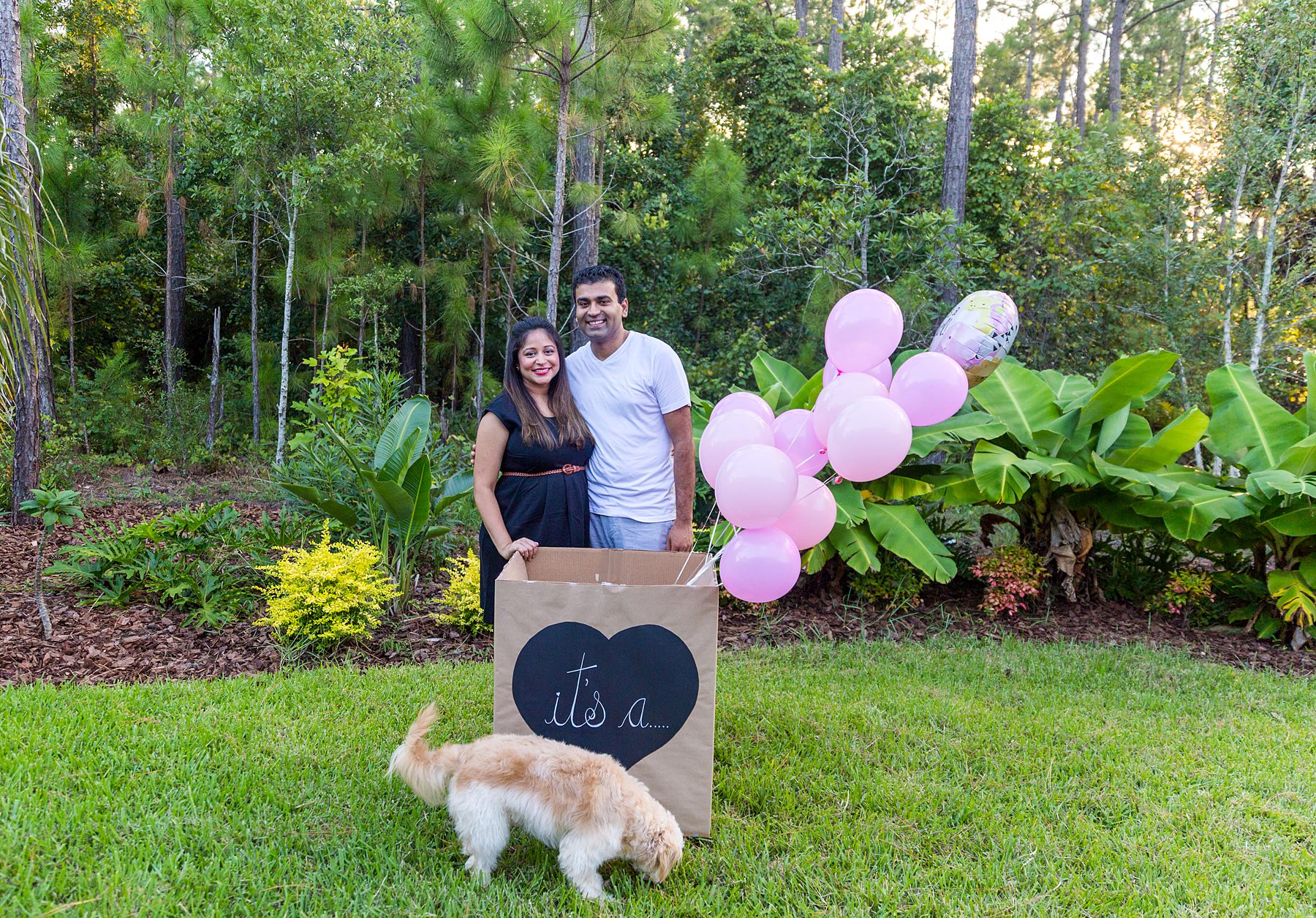 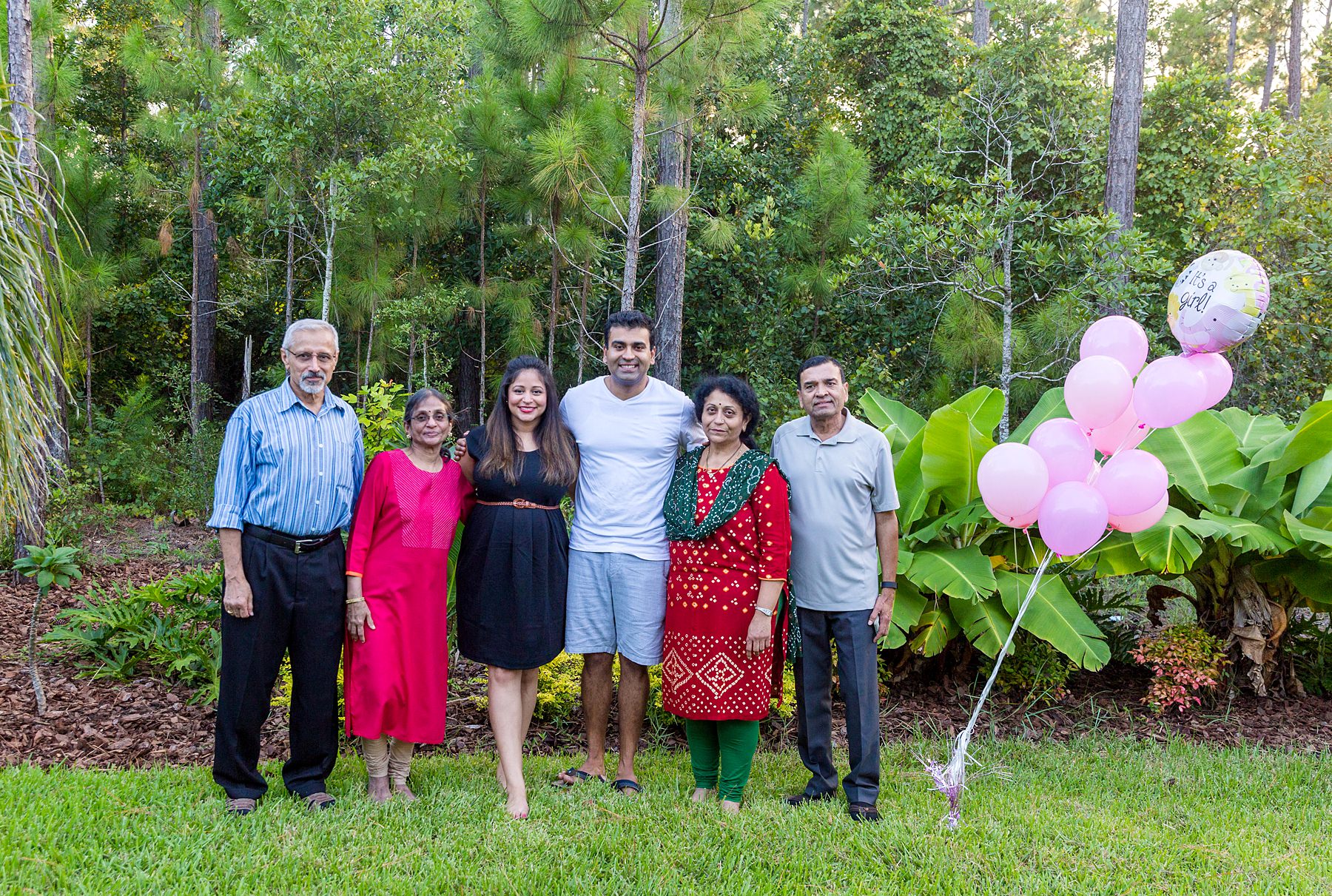 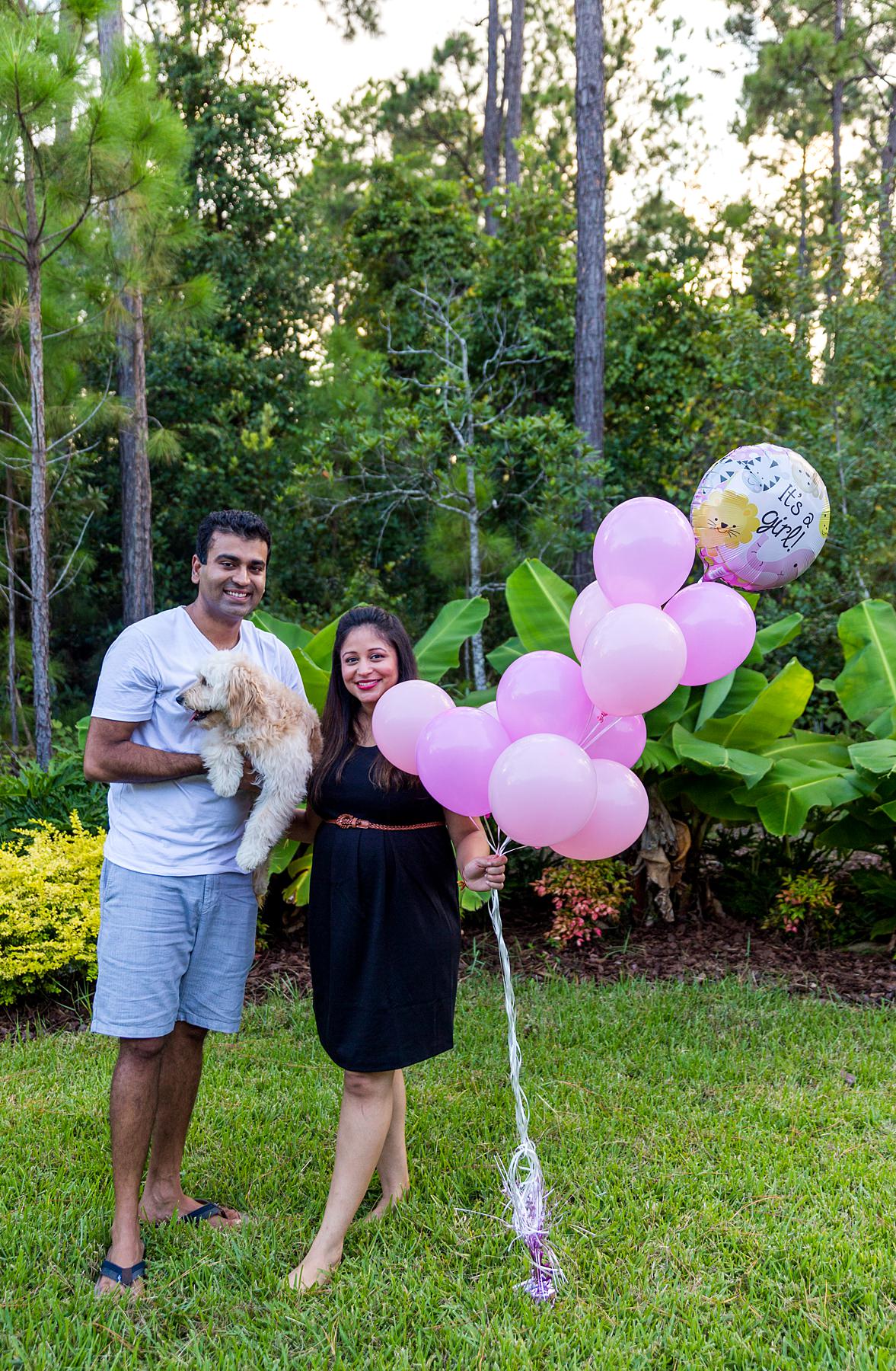 They had a big balloon installation as a backdrop for the group photos which suited well with the decor. 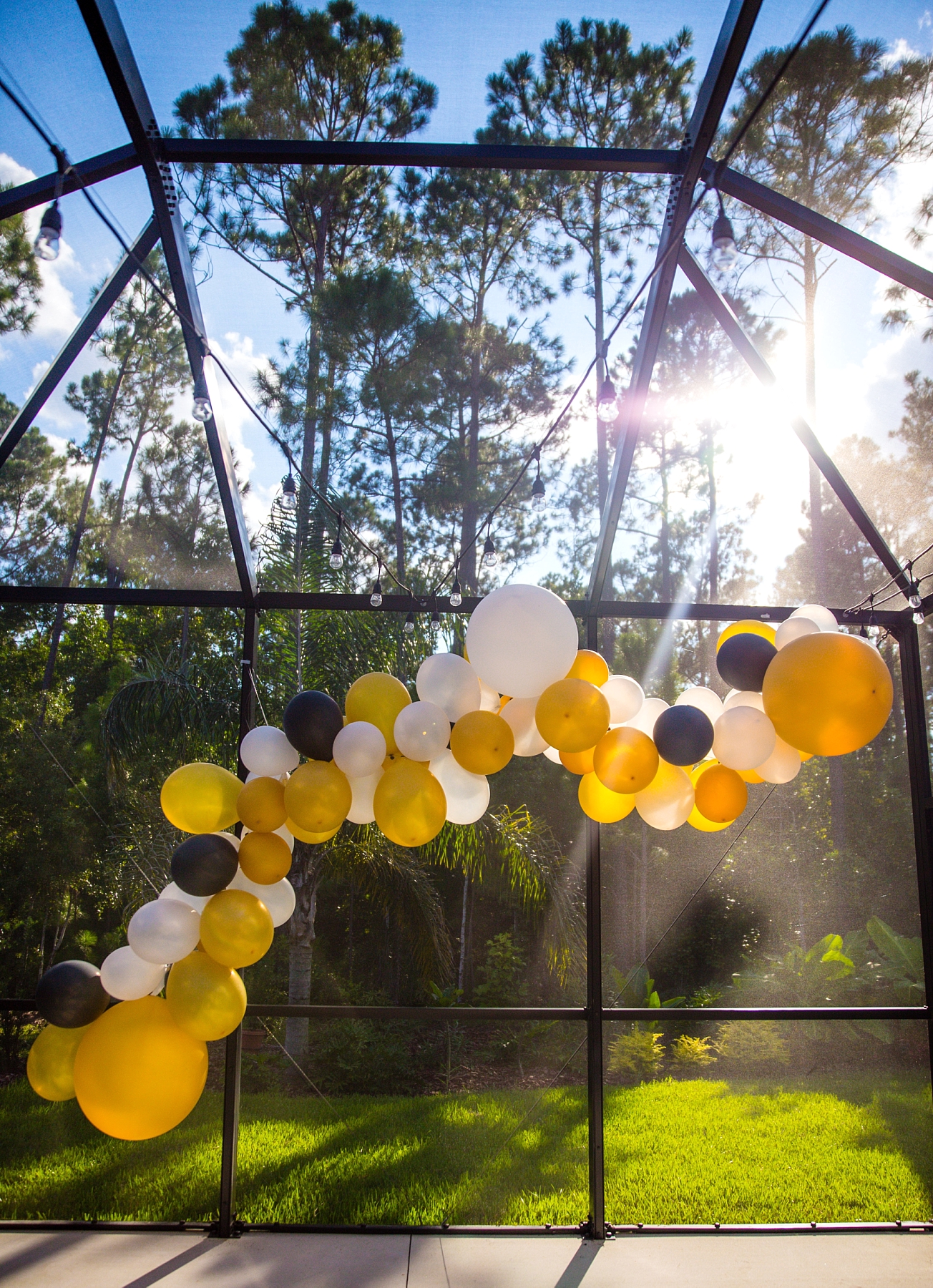 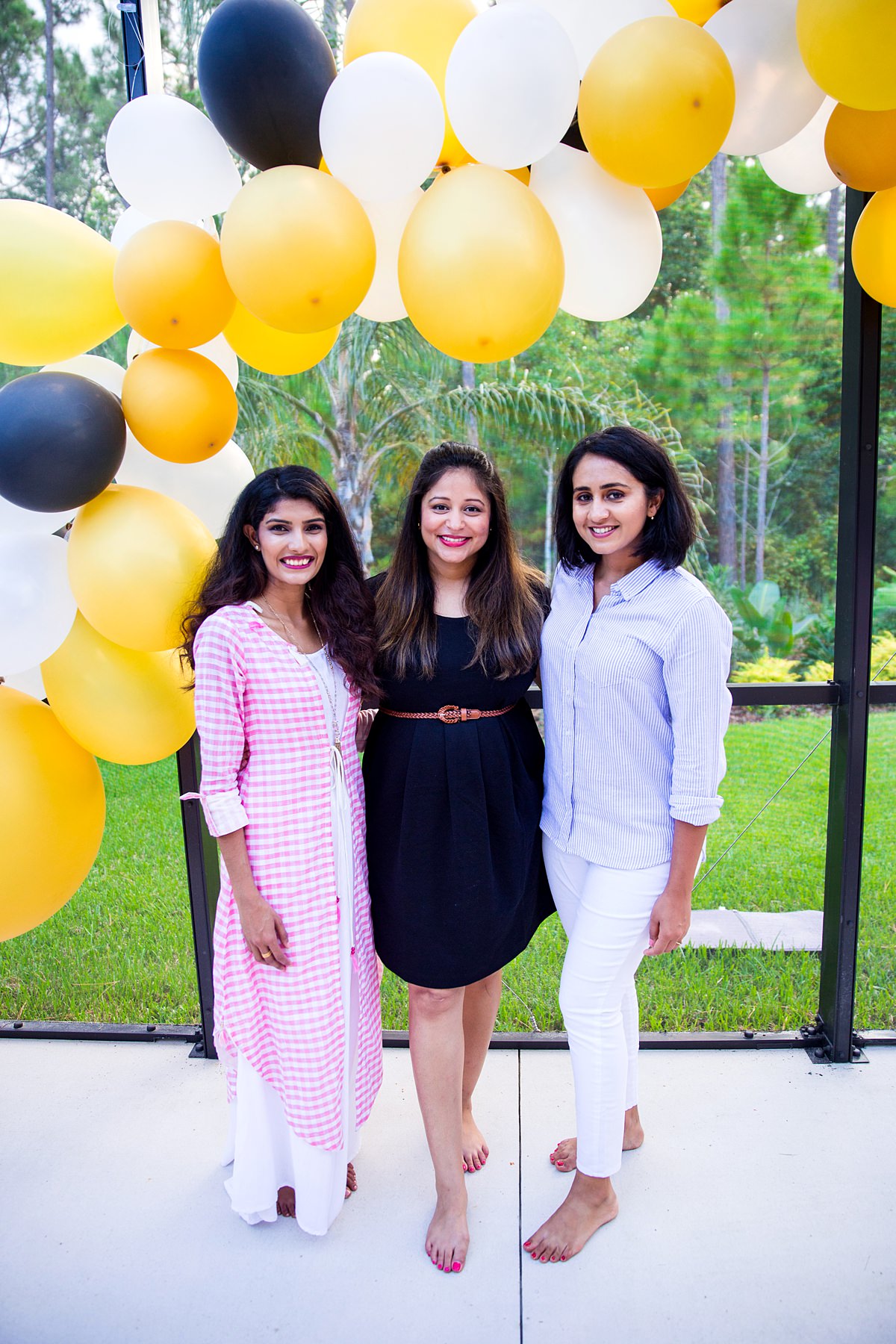 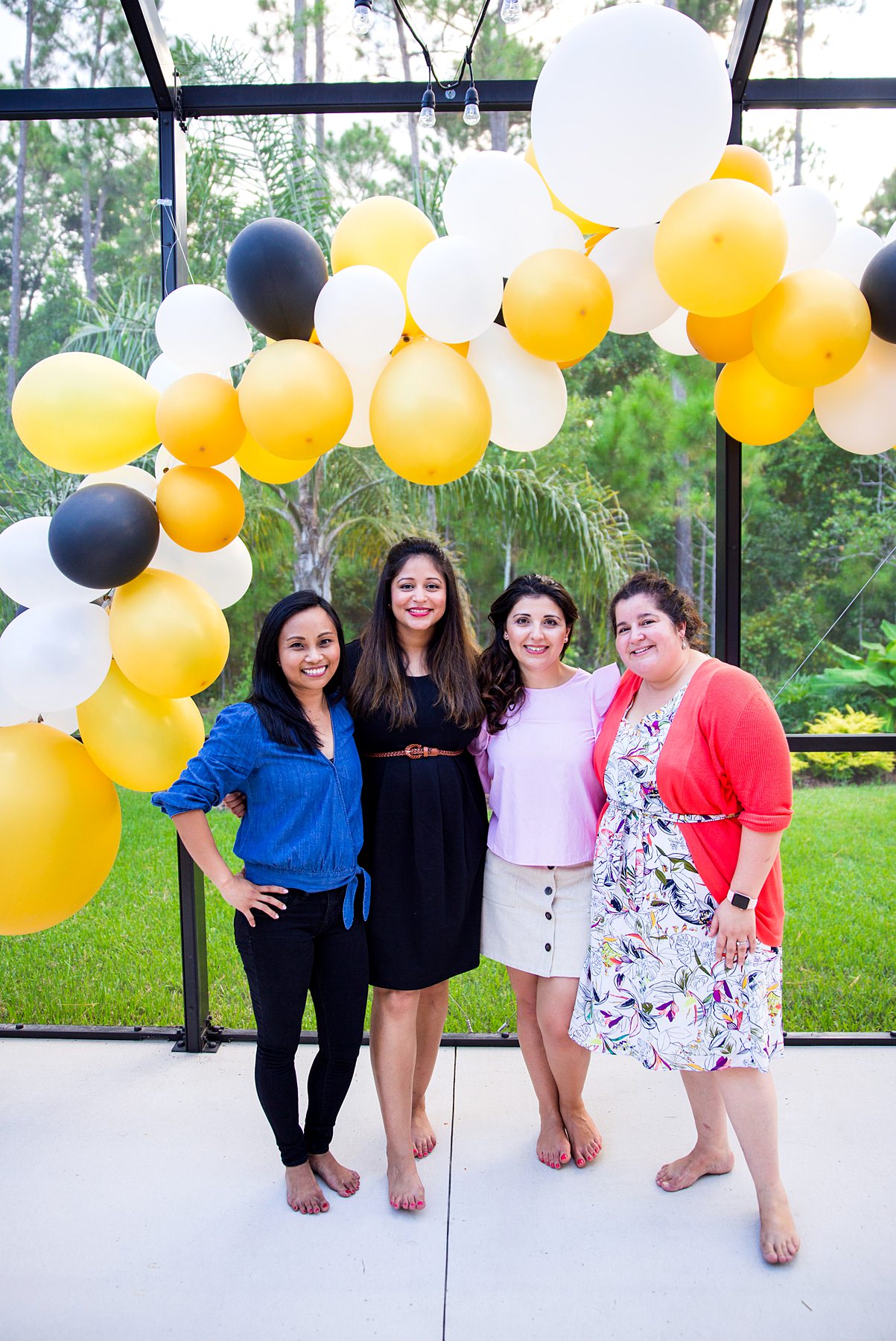 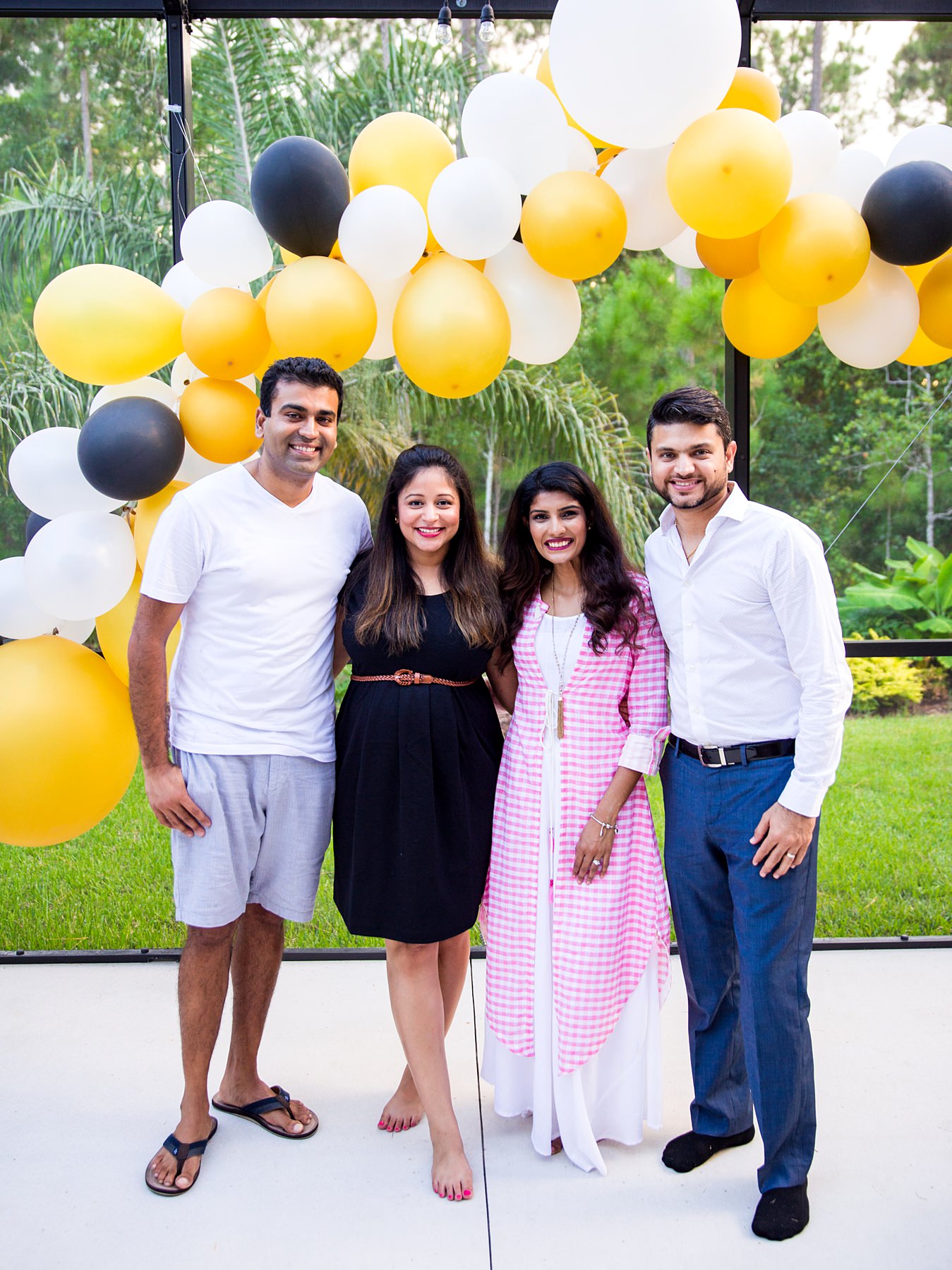 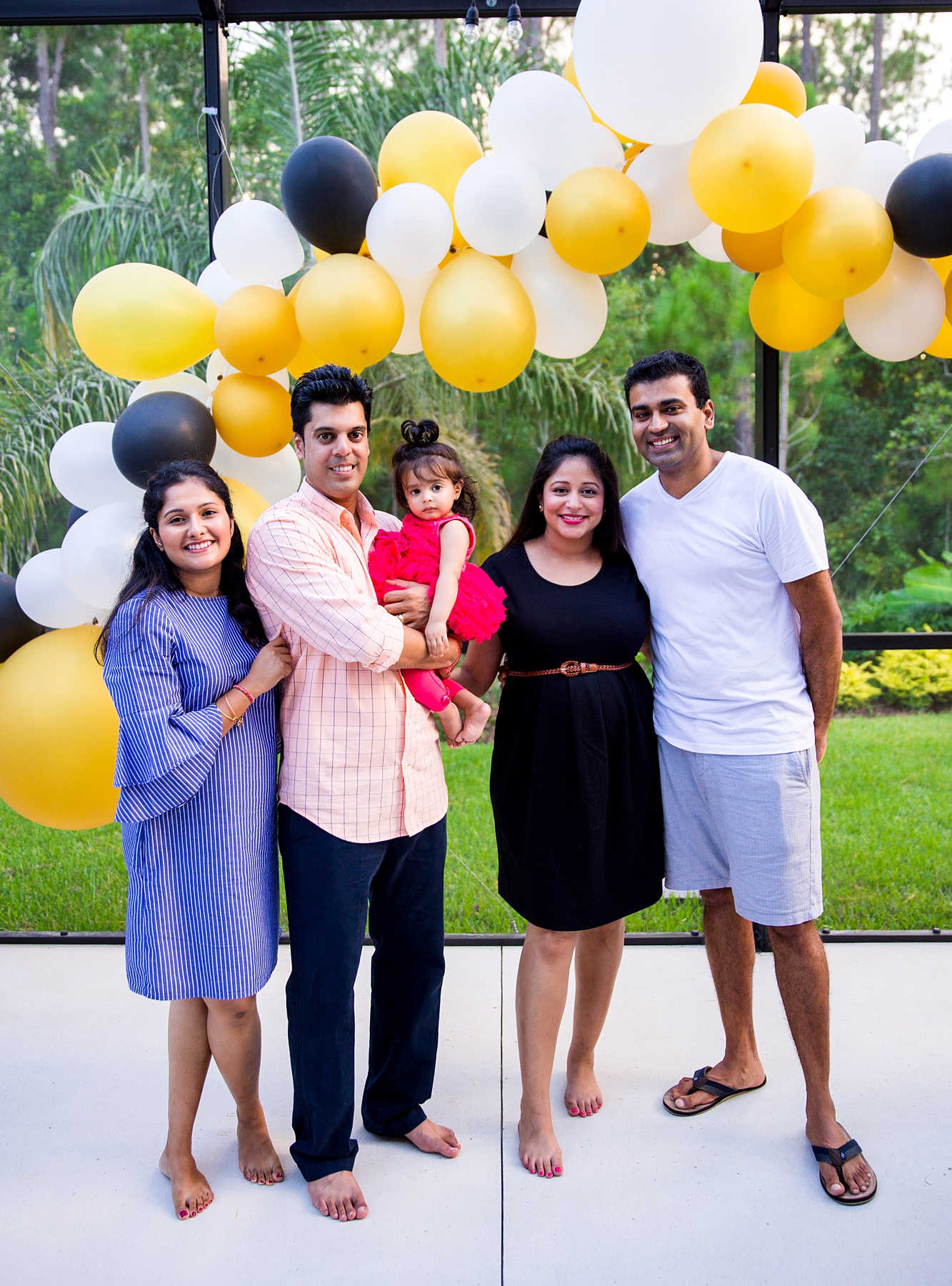 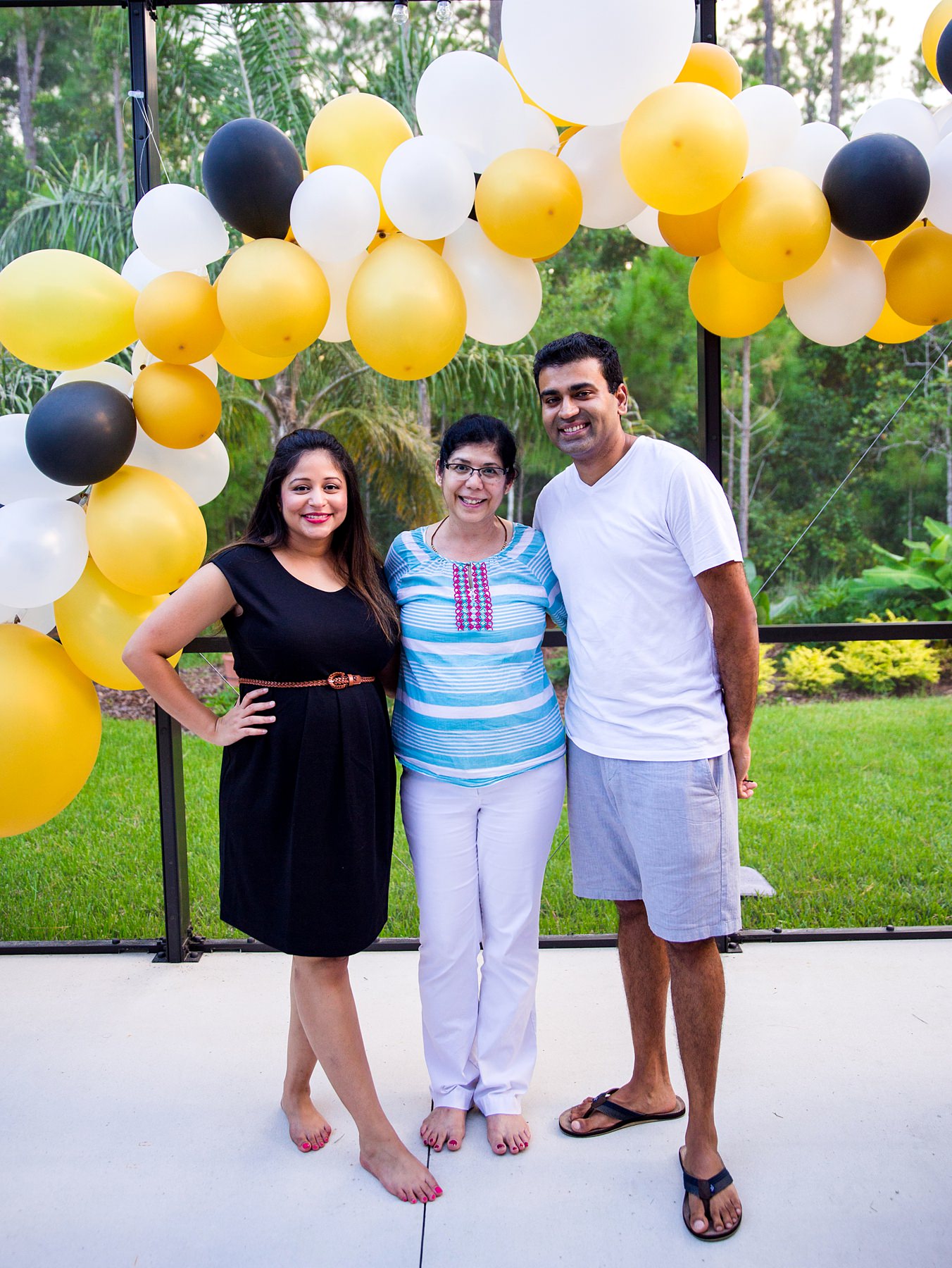 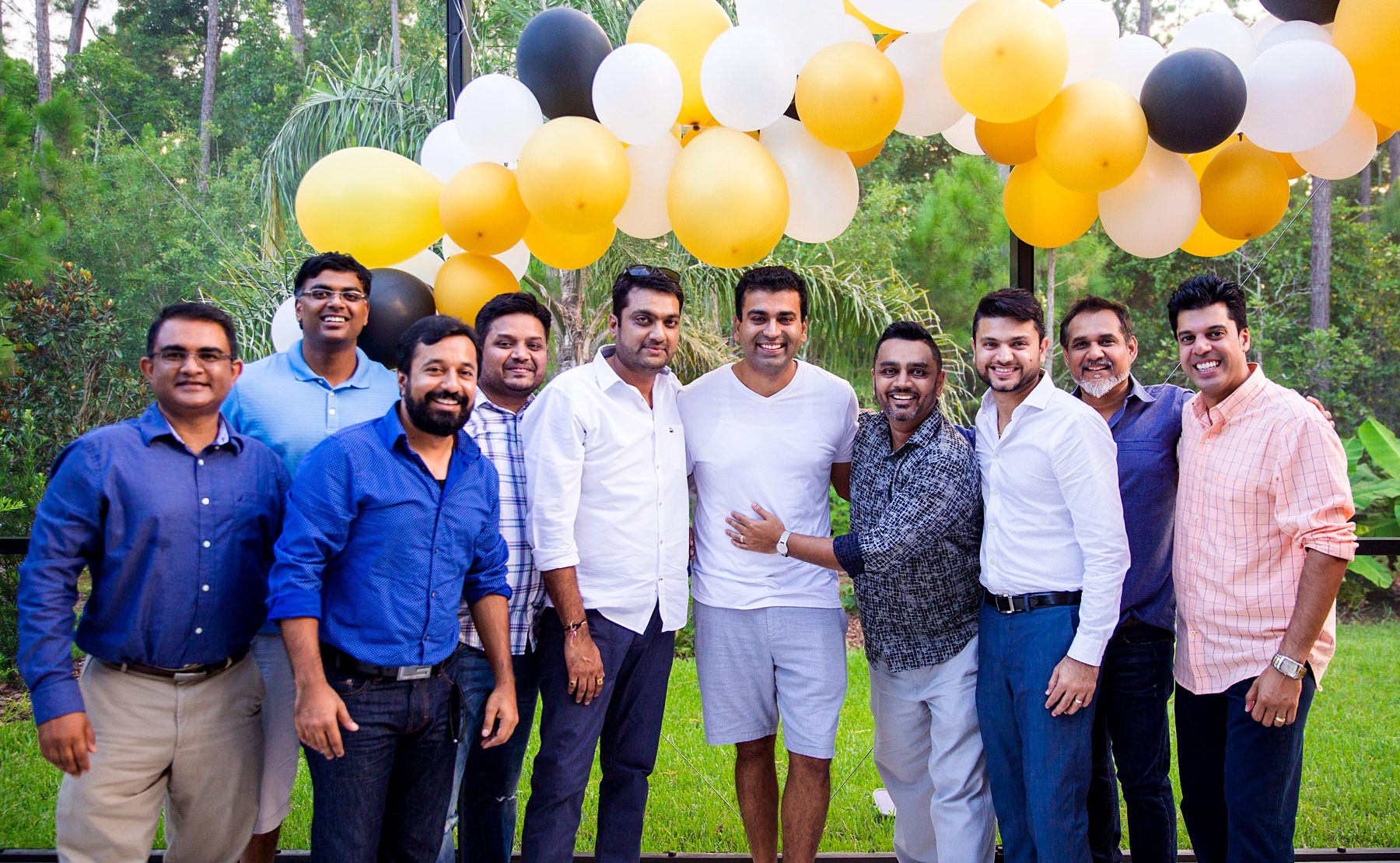 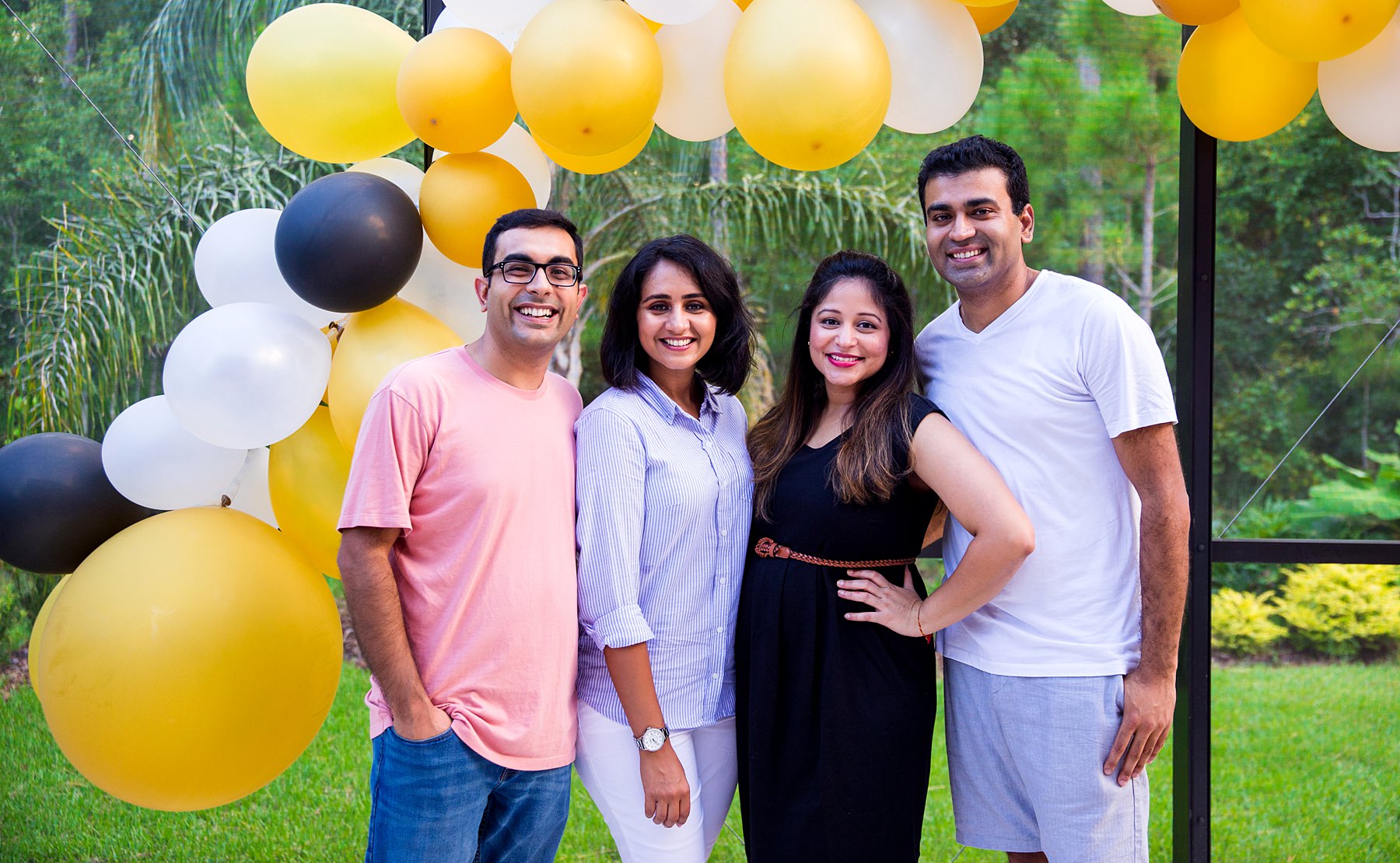 Jignesh is the founder of Dental Center of Jacksonville, which is one of the best dental practices in the town.